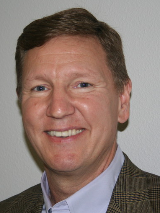 In my daily Bible reading recently I read a verse that has long intrigued me: “When His family heard this, they set out to restrain Him, because they said, ‘He’s out of His mind’” (Mark 3:21). This is a reference to Jesus’ family and what they thought about him. Jesus’ obedience to his heavenly Father looked like craziness to his earthly family, at least for a time.

Already Jesus had healed the paralytic who was lowered through a hole in roof by four friends. He’d cast out demons, healed many sick, cleansed lepers, forgiven sin, and spoke with amazing authority. The opening chapters of Mark read like an action-packed thriller, with our Hero moving quickly, yet purposefully, leaving in his wake great numbers of people awed and blessed by him. At least that’s the way I read it, this side of the cross and resurrection.

But Jesus’ family was worried about the powerful enemies he was making. There was much they didn’t understand, including the fact that mockery, suffering, and the cross was part of the Father’s plan.

No follower of Jesus can ever be compared to him. That’s like comparing a speck of dust to the glory of a starry night. Still, like Jesus, our efforts to obey the Father can seem crazy to some, maybe even our own family. This has been true for every generation, in every location under the sun. There’s nothing special about us when it comes to some thinking we’re a little crazy. It’s clear, however, that many are becoming hostile to the beliefs and practices of Bible-believing, Jesus-loving Christians.

In light of this, there’s an element of discipleship we sometimes forget -- suffering. We need to teach believers that suffering is expected for those who obey Jesus. Peter writes, “If you should suffer for righteousness, you are blessed. … For it is better to suffer for doing good, if that should be God’s will, than for doing evil” (1Pet. 3:14-17).

One of the formative things we did with our sons was taking them to places where Christians suffer. Bangladesh, Mexico, Peru and China were such places. In Bangladesh we shared Christ with a Hindu man who said, “If I do what you want me to do [meaning give his life to Christ], I might get killed.” Following continued discussion, my 13-year old son prayed the most beautiful prayer for that man. We still pray for Amit as we have his picture hung in our house.

For much of our lives the United States has been generally friendly to Bible-believing Christians. Many schools respected church calendars. Politicians wanted to be “seen” in church. Biblical morality was not termed “hateful” when I was a young man. The thought that a person could lose their job by expressing Christian teachings was not a concern.

We live in a new day. This newness provides wonderful opportunities for believers. Some of these opportunities include suffering. We should expect this and teach others to expect it. Paul was rescued from the lion’s mouth, but not the executioner’s sword. Peter walked on water, but was crucified head down.

Jesus’ family feared for his safety, thinking him crazy for placing his life at risk. What they did not know was that resurrection would follow crucifixion. Eternal life would be purchased at the cross. Three days of death would be followed by everlasting victory.

Jesus’ promise of a place in his Father’s house has enabled believers to suffer with joy for 2,000 years. We must not forget that, and we must teach it all who trust him.